What programming languages are popular with Intuit devs?

Recently, there has been a lot of discussion online about what languages developers are currently using. For those devs just starting out, the question is which language should they learn first.

At Intuit Developer, we took a look at our own community to see the different programming language trends across 3rd-party developers who are developing against the QuickBooks platform.

Based on our data from the last 6 months, the following pie chart shows the language choices by 3rd-party developers building on the QuickBooks platform. 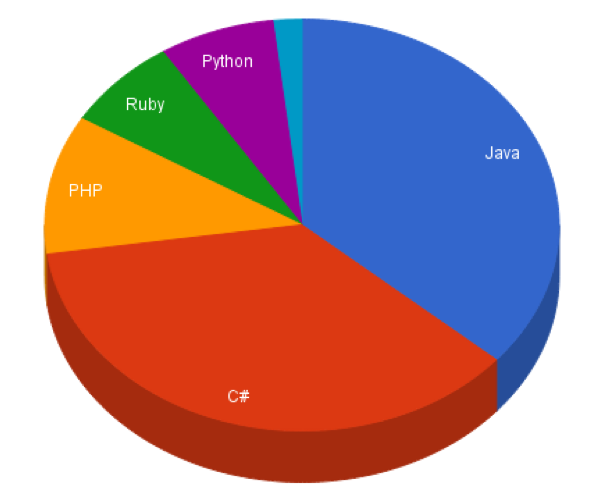 To be honest, it’s not really surprising that our developers choose to use these languages, given the penetration of each in the market over the years.

So, which language should you use when you create your QuickBooks Online app integration?

The good news is you have many choices: you can choose any language that can easily consume the REST Service – and that is most of them. For an analogy, think of asking what spoon is best for eating cereal. In all cases, the spoon is a tool to consume the cereal; most spoons will do the trick. In the case of integrating with QuickBooks, developers write code to consume our REST Service, and many programming languages can do that.

However, because some languages are more popular than others, we’ve created SDKs and samples in those languages. We know that most of our base uses Java and .Net (C# or VB), and most of the others use PHP, Ruby, Python, Node, or other JS libraries. So, if someone is partial to Java, .Net, or PHP, we have a great jump start for you with an the SDK and sample code for you to use.

We would love to hear your comments and thoughts on the list above. What are you using? Tell us in the comments section below.

7 responses to “What programming languages are popular with Intuit devs?”