If you are developing a QuickBooks Online integation, the RequestID uniquely identifies the HTTP request sent from the app to the service and enables the app to correlate requests and responses, in case the app needs to resend a request because of a dropped connection.

We strongly recommend all developers to send in the RequestID for every API request so that idempotency is guaranteed and we are able to replay the request back to you without any state changes in the event of a service disruption. This also ensures that data is not duplicated in the event of a disruption.

In the request, the app specifies the RequestID as a query string parameter. If the service receives another request with the same RequestID, instead of performing the operation again or returning an error, the service sends the same response as it did for the original request.

The following scenario shows how an app might use the RequestID in a create operation: 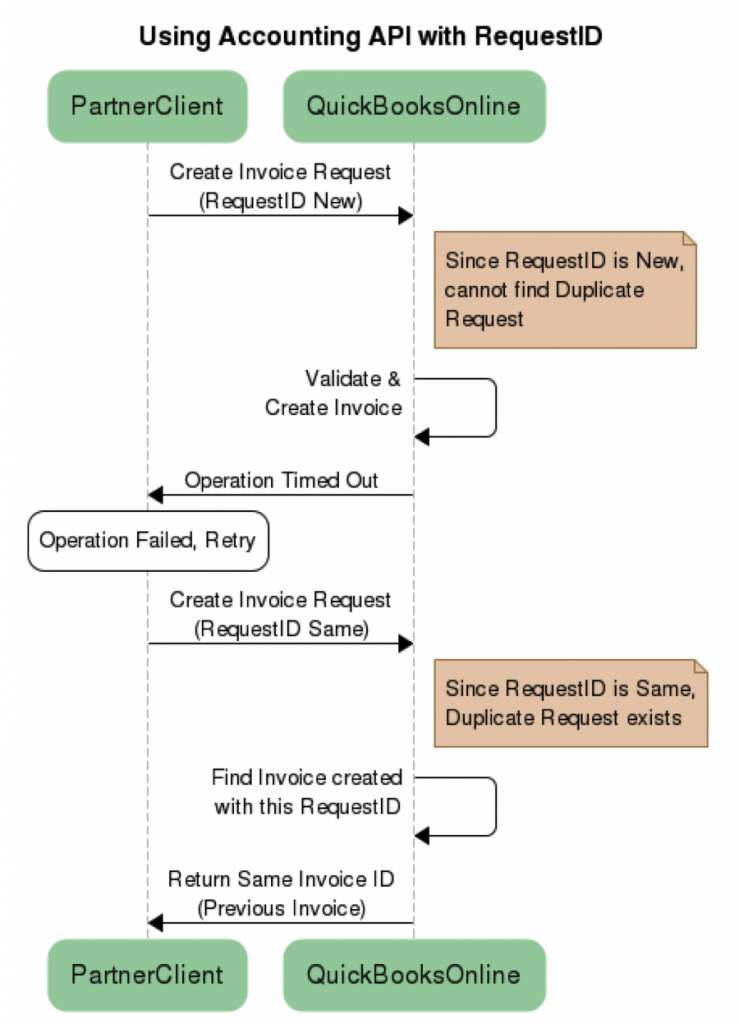